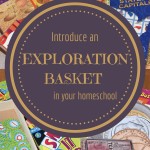 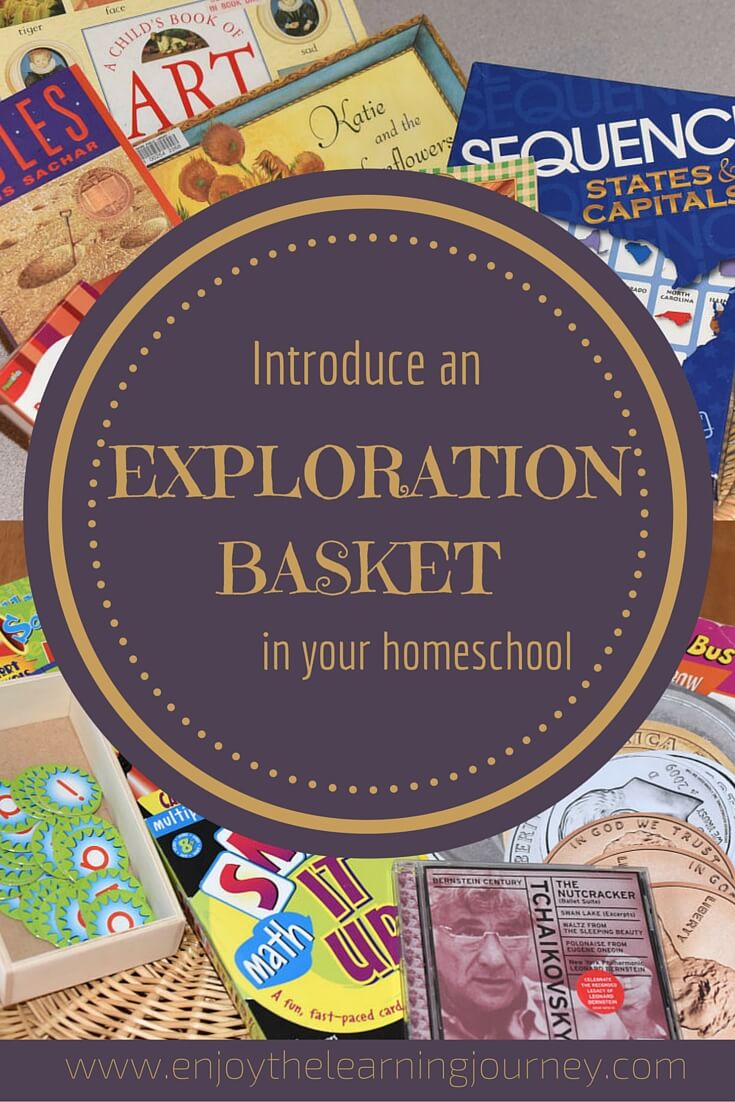 Do you notice that your children’s interest is sparked by something “new” they see when you move items around in a room or leave something out? Maybe it’s something they’ve seen many times before but when it’s in a new spot they see it differently and want to explore.

I’ve enjoyed using book baskets to get the kids interested in new (or old) books and it’s been very effective. The children may not read all the books in the basket, in fact they typically don’t, but they will always look through them all and select several to read. They’ve read many new books this way, either on their own or all of us together.

Recently, I’ve decided to try something similar in our homeschool and create an exploration basket for the kids each week. The basket will be filled with books, games and other fun goodies for them to explore. The items chosen may connect to what we are currently studying or it may not. The idea is to pull out items they haven’t paid attention to in a while (or in some cases new items, including library books they’ve never read before) and allow them to explore those items.

The kids get exciting when they see “new” items and explore items they may not otherwise have or explore them in a new way. It makes learning exciting and fun for them.

Here are the exploration baskets from the past couple of weeks.

Exploration Basket ~ Snap It Up! 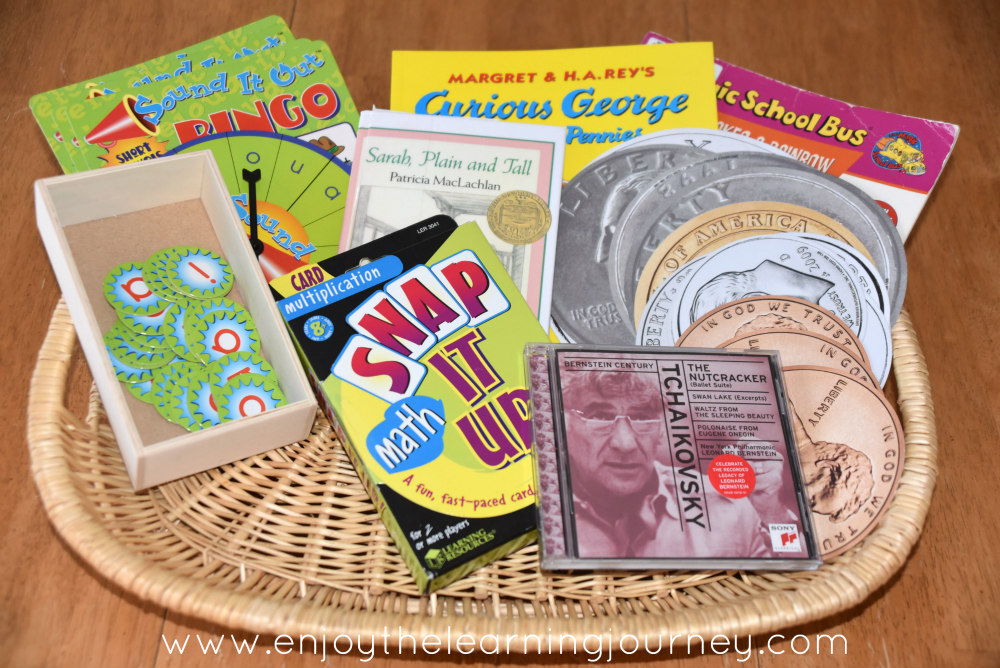 The most exciting item from this basket turned out to be Snap It Up! Multiplication from Learning Resources. Kellan (age 8) has been learning multiplication and we’ve had the game Snap It Up! for a while but this is the first time he’s been introduced to it. After all the multiplication practice he’s done while working through Math U See Gamma, he is finally ready for a game like this. And after playing it, he says he loves it! That’s always a good thing. 🙂

I included a couple of relevant books to things we’ve been talking about that we haven’t read in a while.

The Magic School Bus Makes A Rainbow by Joanna Cole

And games are a great way for the kids to learn and review information while keeping it fun and exciting for them. This short vowels bingo game is no longer available but there are items similar to it. 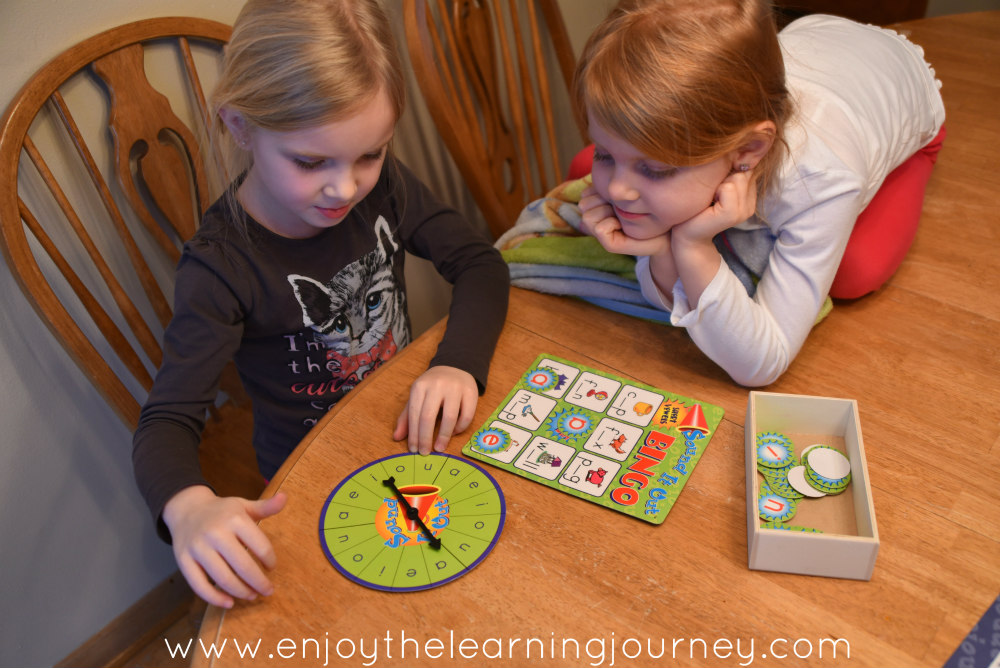 The twins (age 5) have begun to learn about and explore coins so we played with the big coins and reviewed their names and amounts. Kellan used these quite a bit a couple of years ago and really enjoyed the review games we played with them. 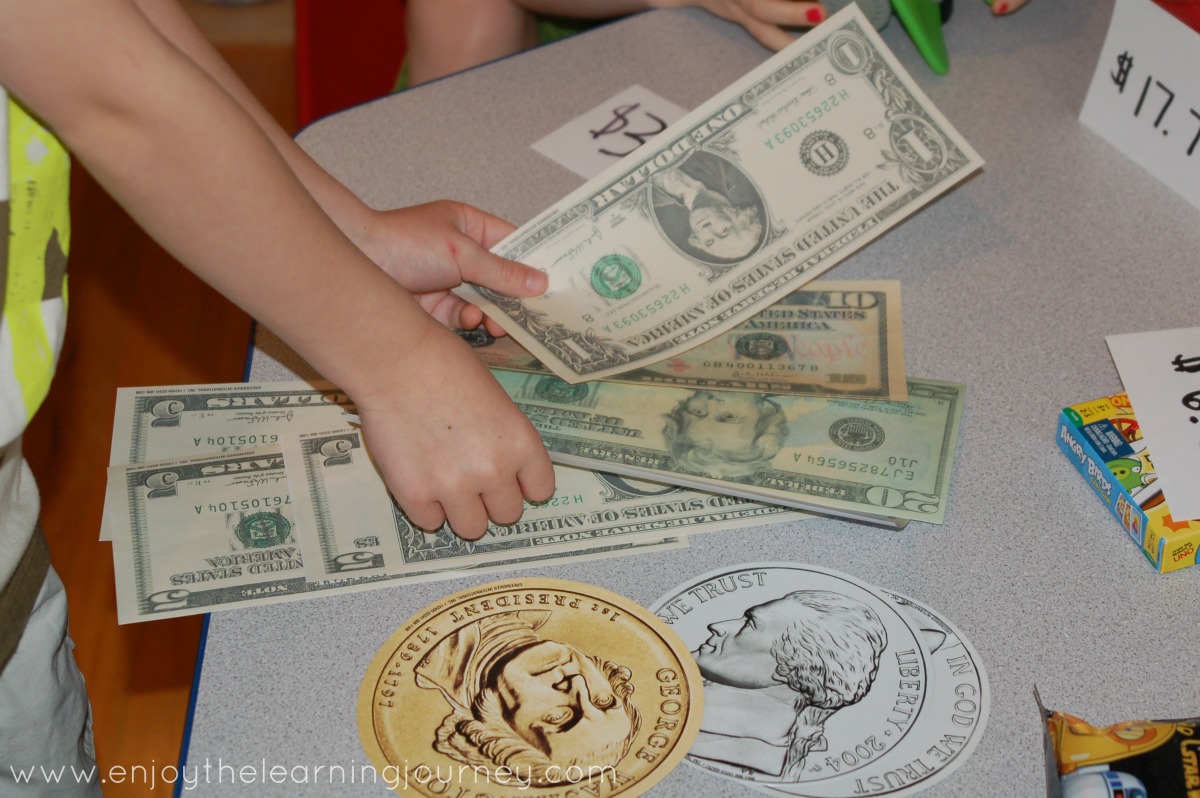 The girls played The Nutcracker CD almost immediately and danced around the house to the music. I took them to see the ballet performance back in December and they absolutely loved it.

Overall, it was quick and simple to put together and allowed for the children to explore some things they probably wouldn’t have if I hadn’t set them out. 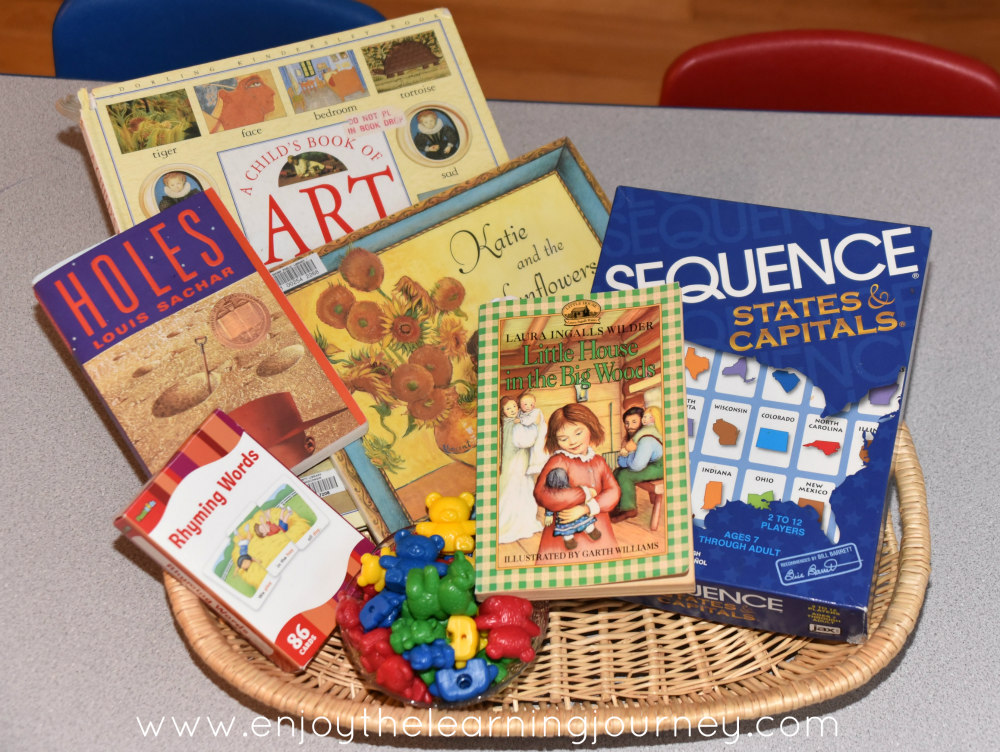 The most exciting part of this basket is found in the pages of two paperback books. We began two new read alouds, one all together and one just Kellan and I. The children are enjoying the story of Laura, Mary, baby Carrie and Pa and Ma in Little House in the Big Woods. This is actually Kellan’s second time hearing this book read aloud since we read it together a couple of years ago but thankfully he is still interested. It’s such a great book, so what’s not to love, right? And Kellan and I started reading Holes which I’ve read several times before on my own. Years ago, I put a full teaching unit together based on the book so I’m really excited to work through this book with him! 🙂

Little House in the Big Woods by Laura Ingalls Wilder

The little bear counters haven’t come out of their case in quite a while so I decided to include them in this week’s basket. 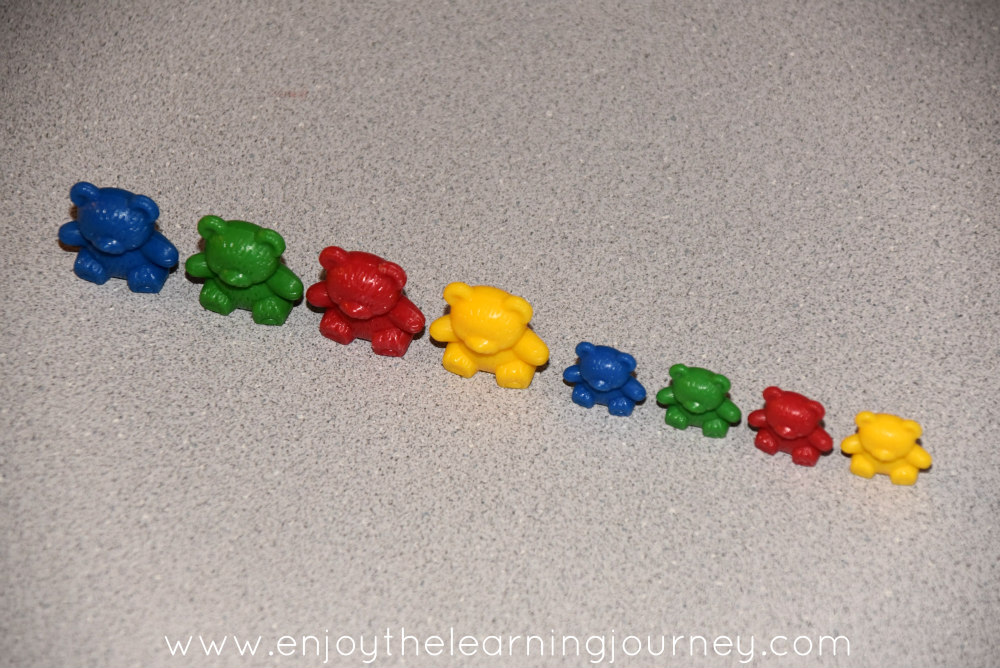 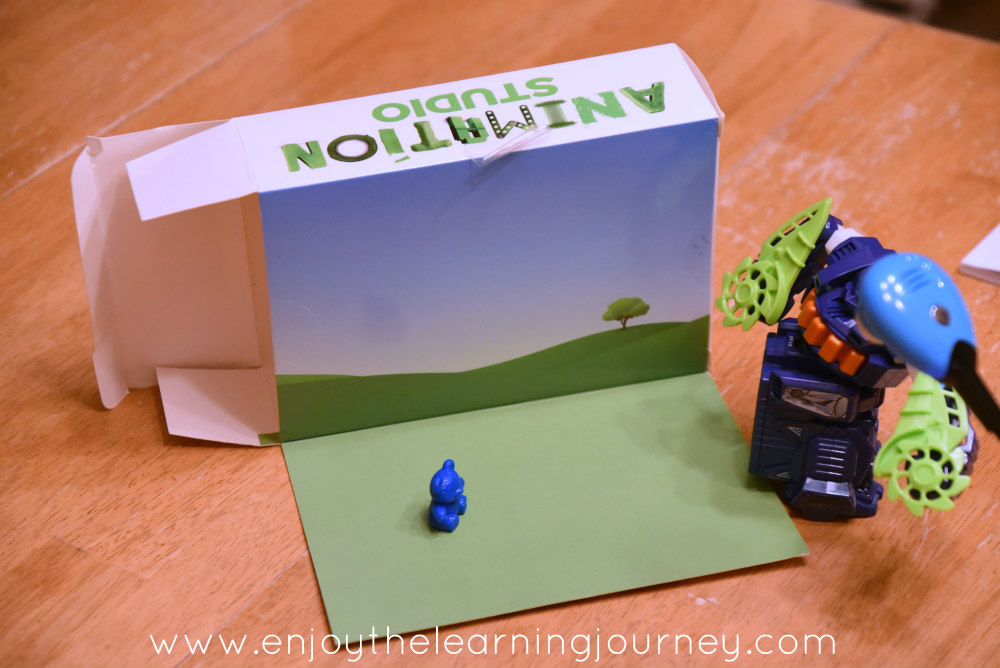 All three children love completing art projects, and are so energized and fulfilled when we do them. So I will be making this a more regular part of our schedule this semester. I plan to include 2-3 projects per week. We began a short unit on Vincent Van Gogh so I included a couple of books related to his work.

Katie And The Sunflowers by James Mayhew 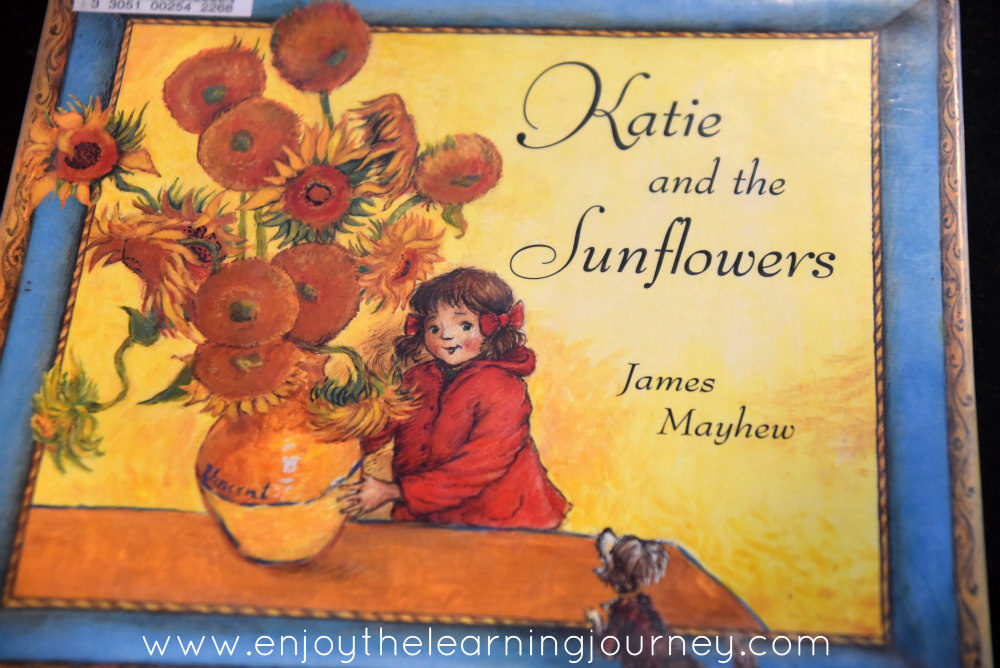 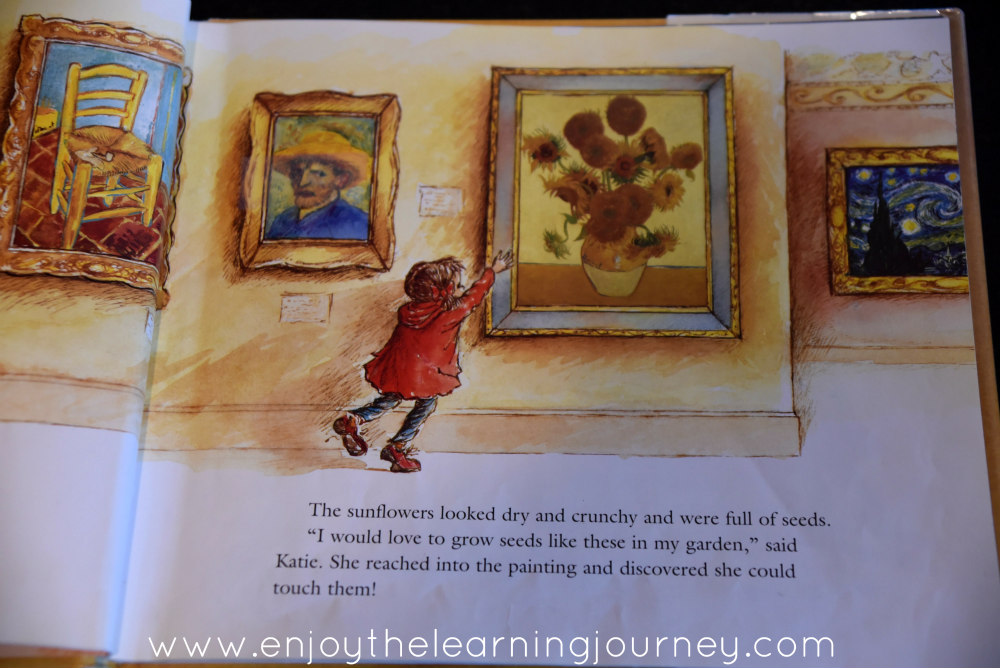 I haven’t pulled out these rhyming cards in quite a while so I included them in the basket for the girls to read and explore. 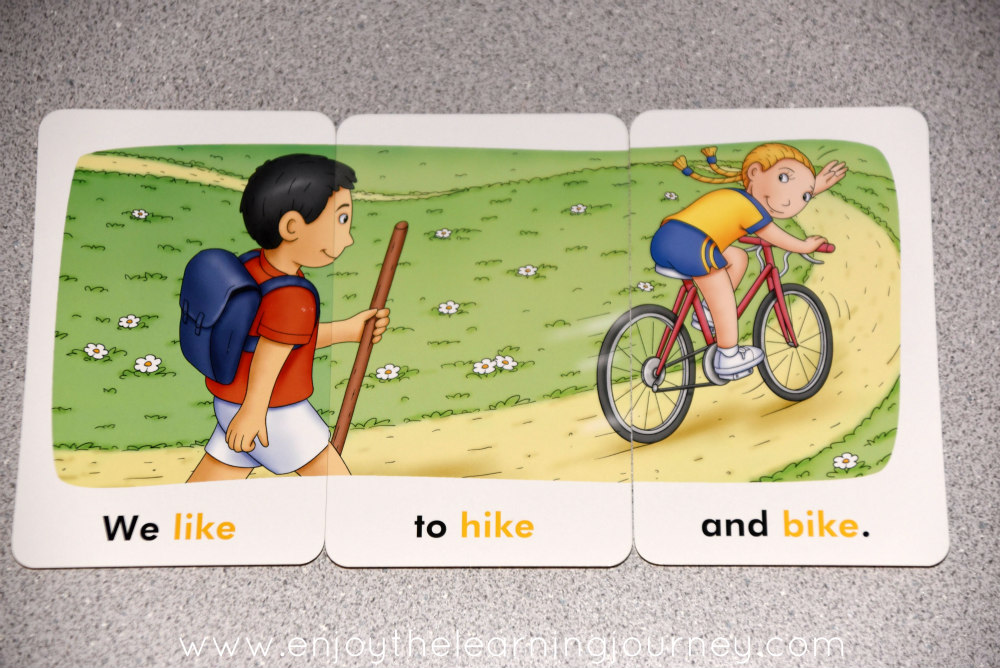 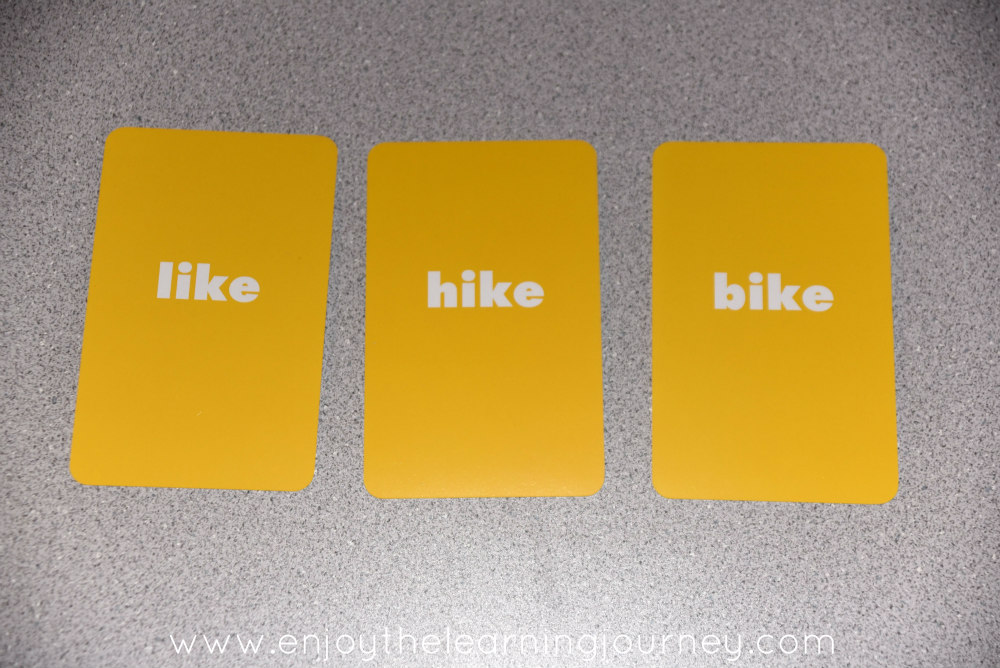 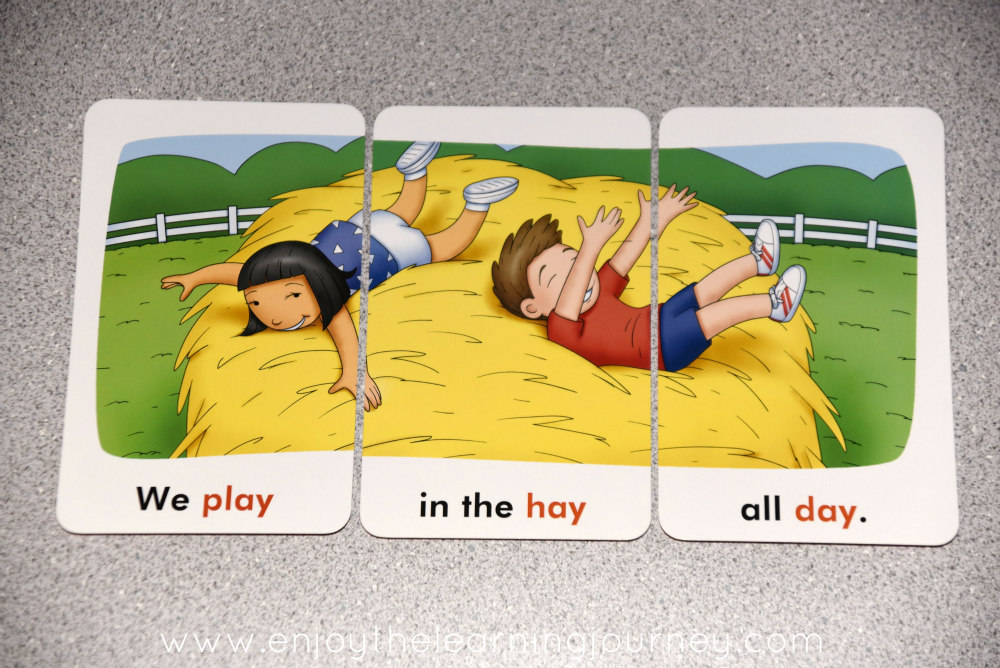 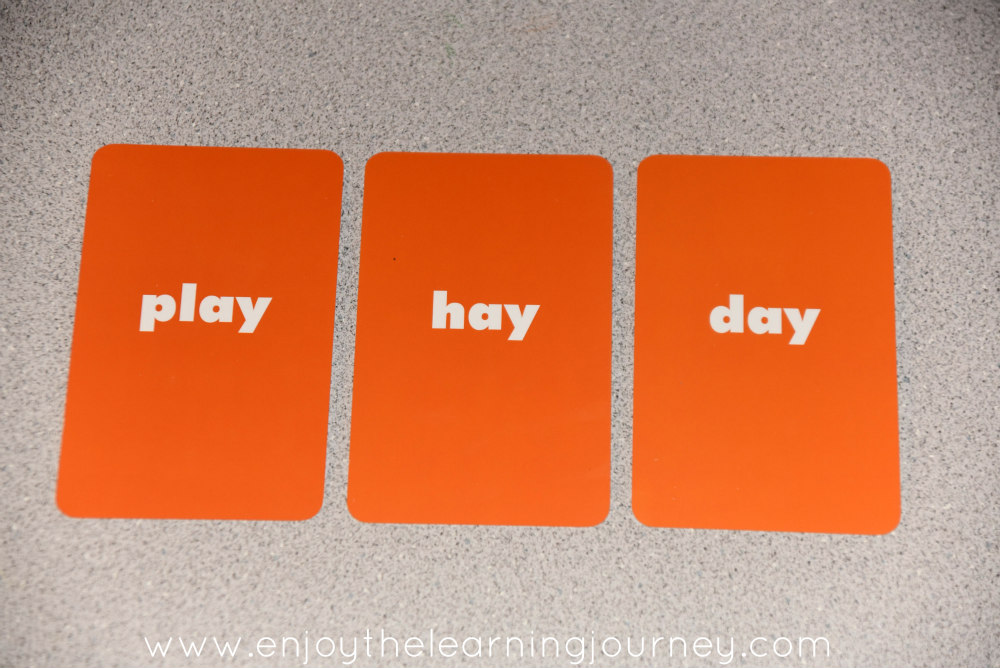 Kellan was recently very upset about the fact that he can’t remember many of the state capitals that he learned last year. I think it’s a case of “if you don’t use it, you lose it” and so I wanted to include some fun review for him. He loves this Sequence game so he pulled the game out of the basket one night and played with his dad. 🙂 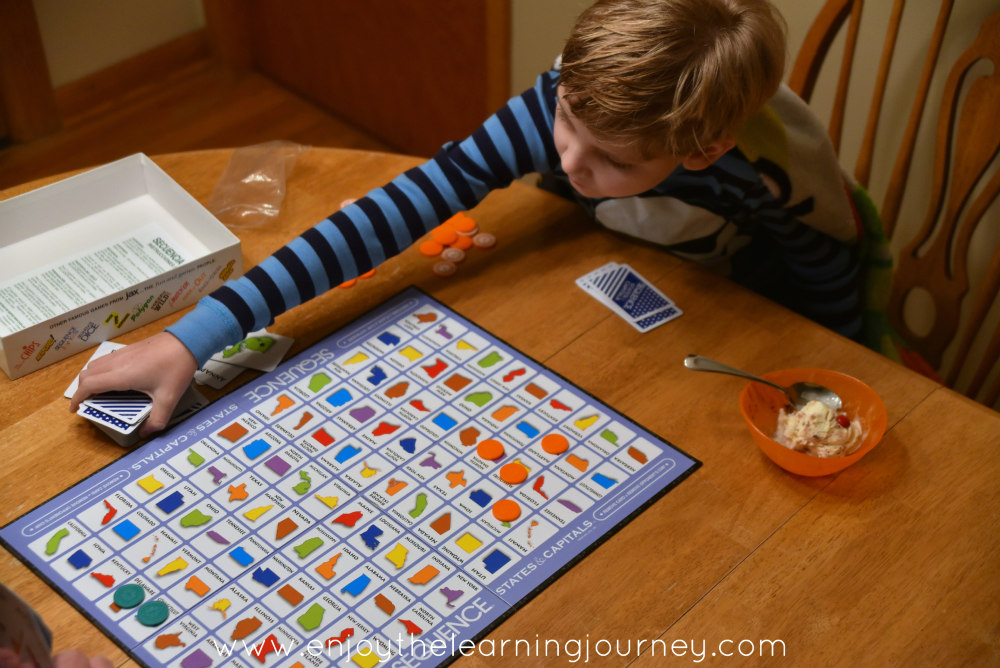 Have you ever used an exploration basket, or something similar, in your homeschool?