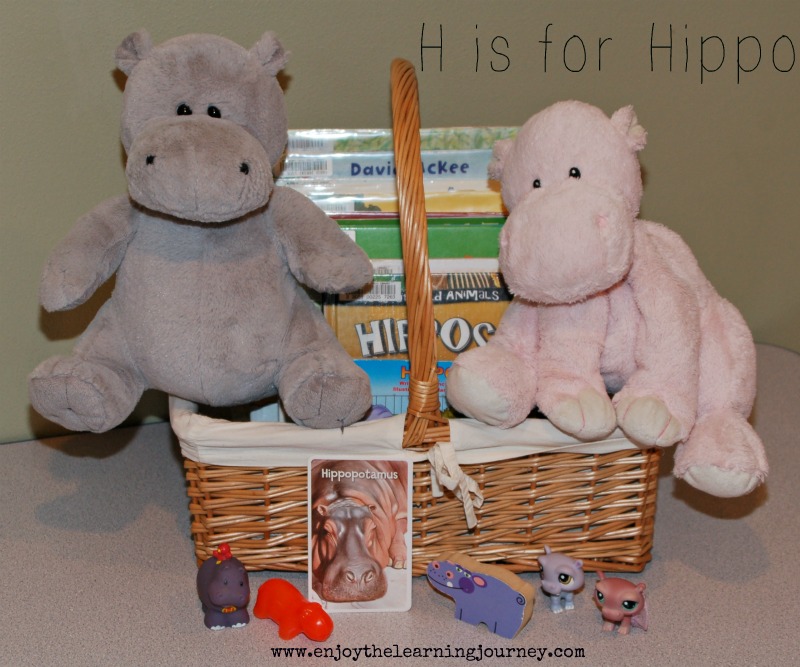 H is for Hippo was Kitty Cat’s favorite week so far because she loves hippos!  It was a full week of learning with many hippopotamus activities.  For our theme basket I included a couple of our stuffed hippos (this one and this one), a wooden hippo from the Melissa and Doug Safari Puzzle, a couple of Littlest Pet Shop hippos, a hippo from the A to Z Little People Zoo, a plastic hippo we got for free and a hippopotamus flash card from this set.

We had a nice selection of hippo books for the week (favorites are starred*).

Here is a peek into our week and the fun the children had as they learned about hippos and the letter “H”. 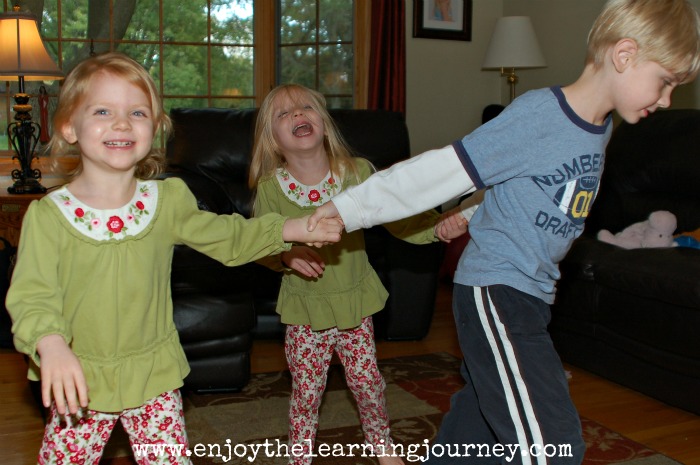 Tootsie Pop and Kitty Cat worked on a hippo lacing card from an old set we have.  The girls haven’t done much lacing yet so I was glad they enjoyed it as much as they did. 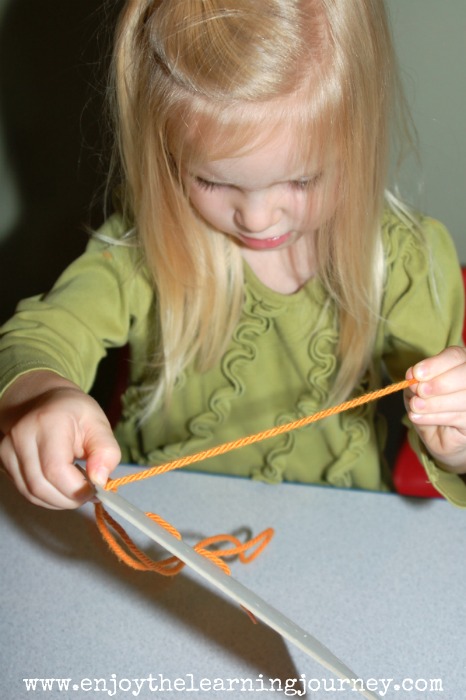 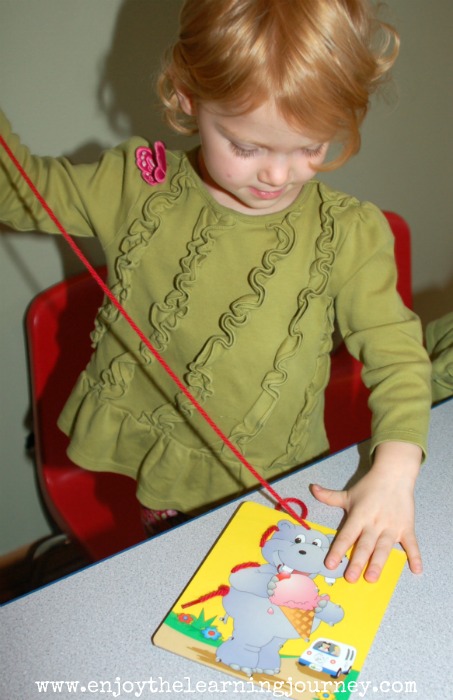 Snootz wanted to do his own thing so he completed the giraffe lacing card rather than the hippo. 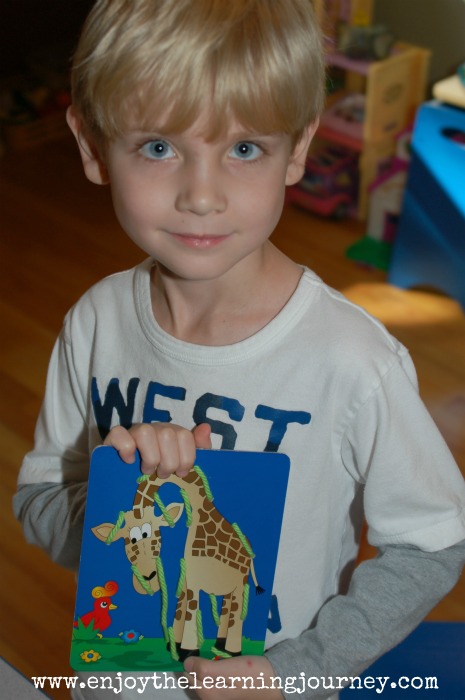 I used several activities from the Letter of the Week curriculum at Confessions of a Homeschooler.  The girls completed the uppercase and lowercase letter “H” sort. 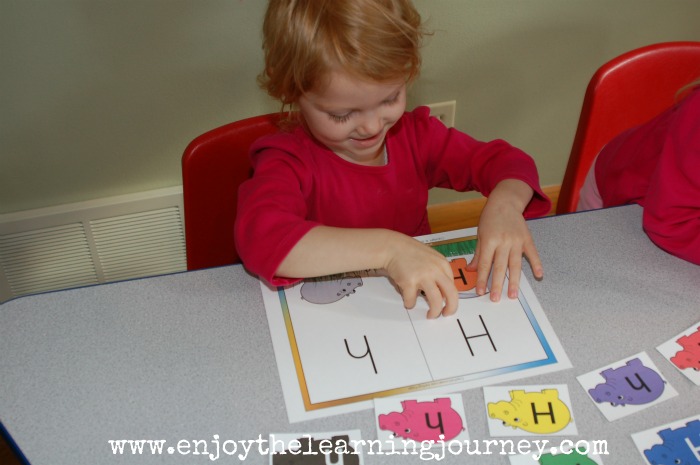 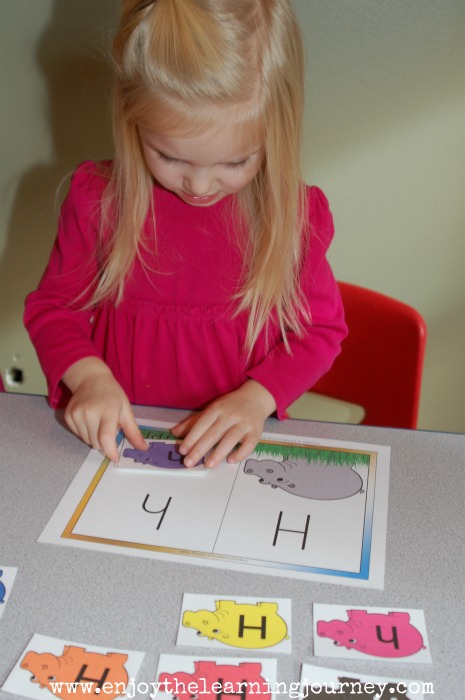 They also worked with these bright hippo cards to complete the sizing sort from the Letter of the Week curriculum. 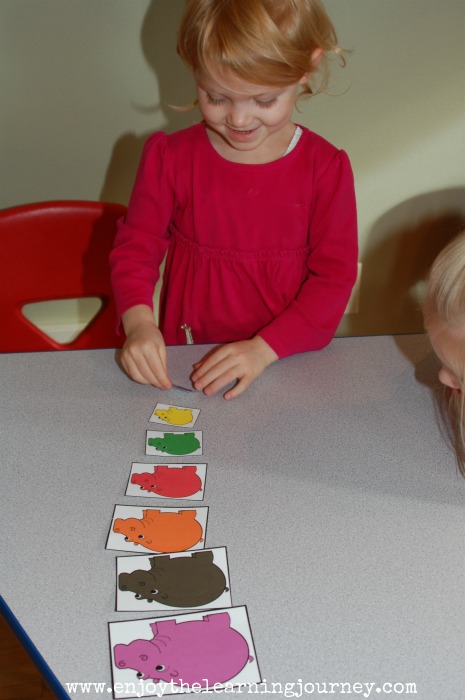 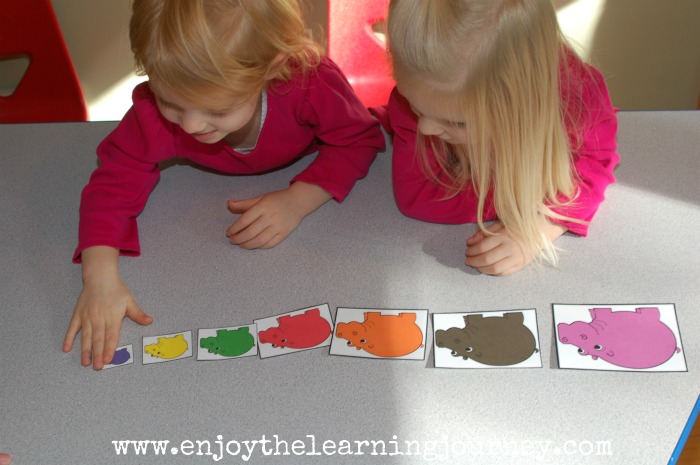 They practiced writing the letter “H” from the Letter of the Week curriculum. 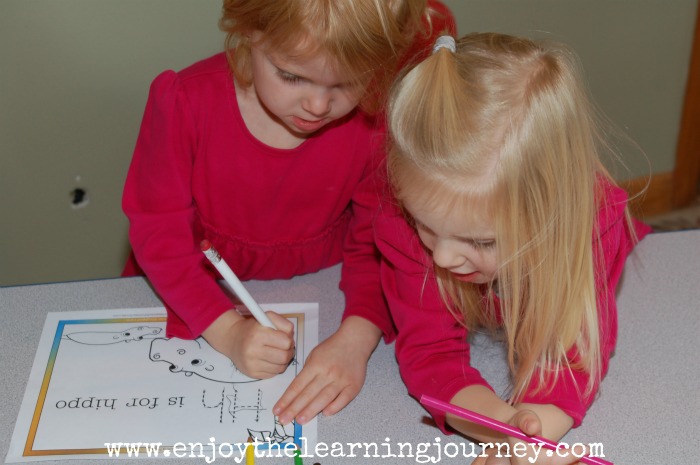 And they dot-painted a letter “H” page from the Letter of the Week curriculum. 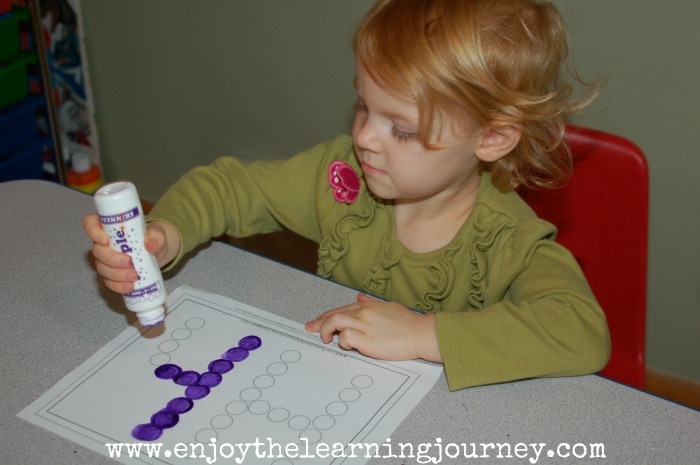 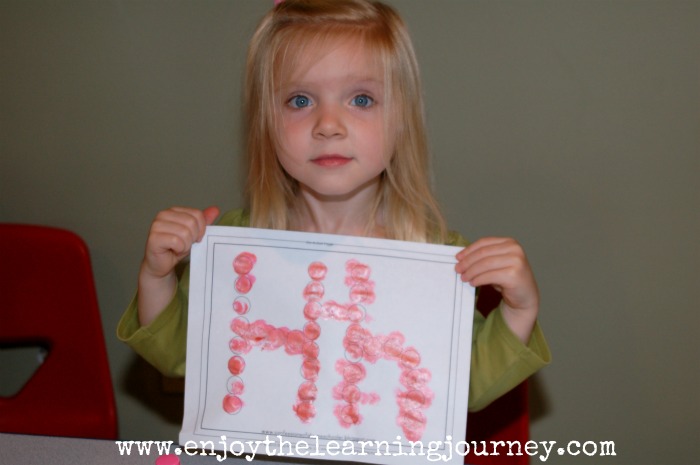 Since I don’t get glitter out very often the children were very excited when I brought it out for these next activities.  But it seems that even when no one does anything crazy, messes happen with glitter.  So of course I will probably be finding specks of glitter all over the house for the next several months but that’s okay.  At least glitter is pretty.  I’d rather find glitter sprinkled around the house rather than something dirty or gross.

We used glue to write the letter “H” and then sprinkled glitter over it.  I printed this page from the Letter of the Week curriculum as well. 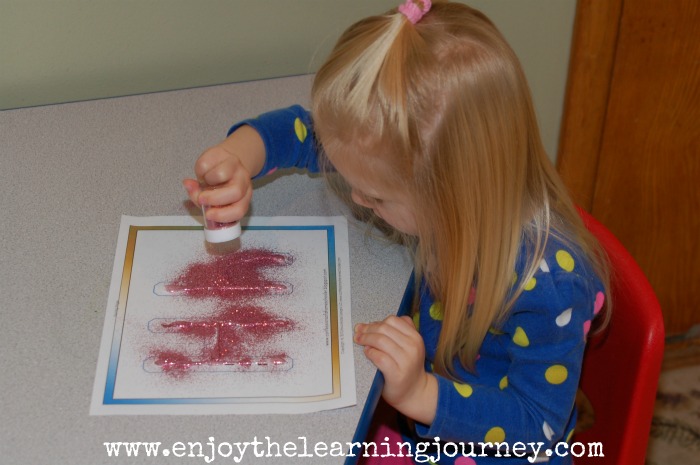 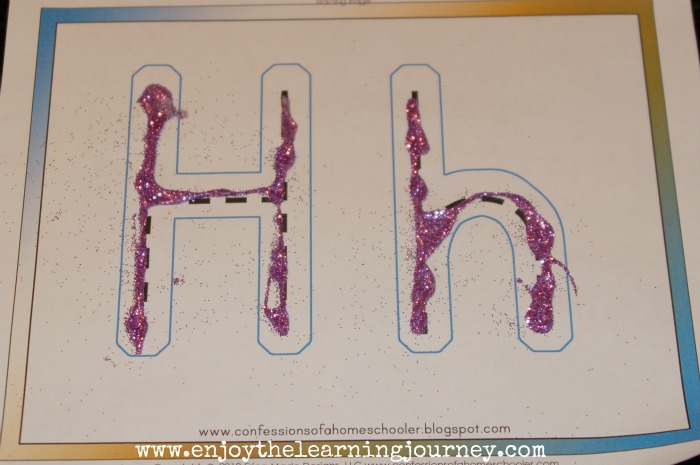 The children also completed the activity page from the All About Reading, Pre-Reading Program.  They used some new crayons that I recently bought called Crayola Twistables Slick Stix.  They are like oil-pastels so they are really smooth, easy to use and have really bright colors.  Our children loved them but they are messy and I think these would stain if they got on clothes.  The kids were pretty careful so we didn’t have any accidents but I definitely wouldn’t recommend them for children younger than three.  For older kids, yes!  After the children were done coloring they added some glitter to their page since we already had the glitter out. 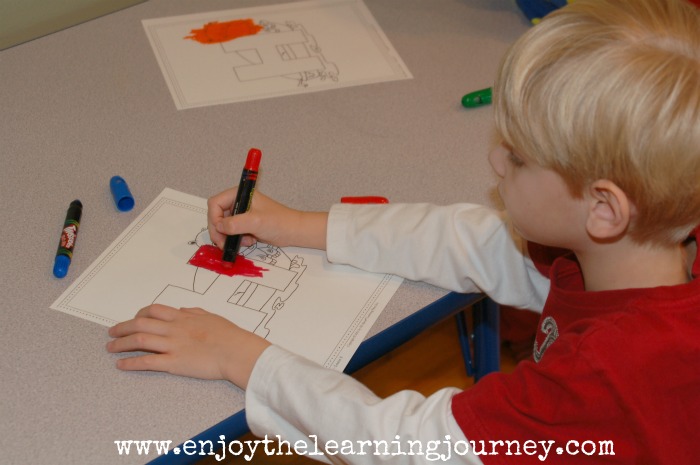 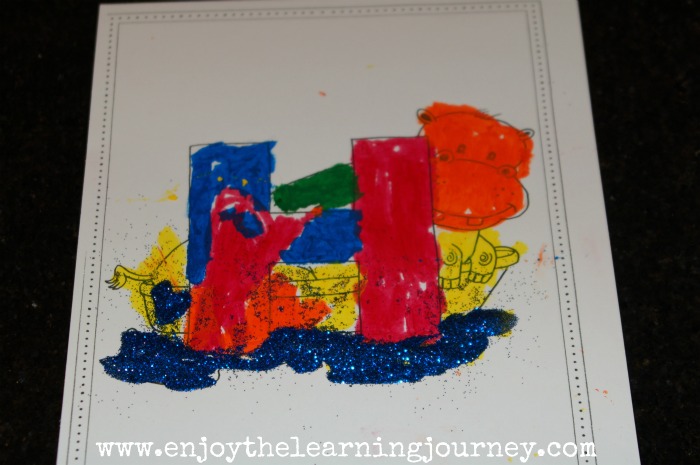 Kitty Cat and Tootsie Pop worked on a couple of alphabet puzzles that have a hippo for the letter “H”.  The first puzzle shown, which is a large floor puzzle, has been the absolute best puzzle.  All three of our children have loved this puzzle and it was also loved by our nieces who handed it down to us.  You can see how much it’s been enjoyed by the box that is falling apart.  It’s not in the stores anymore and hard to find but sometimes it is available on Amazon so I will include the link.  Snatch it up if you can. 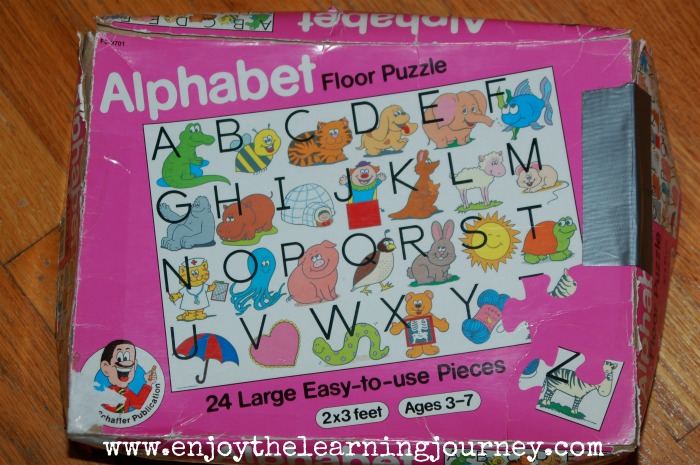 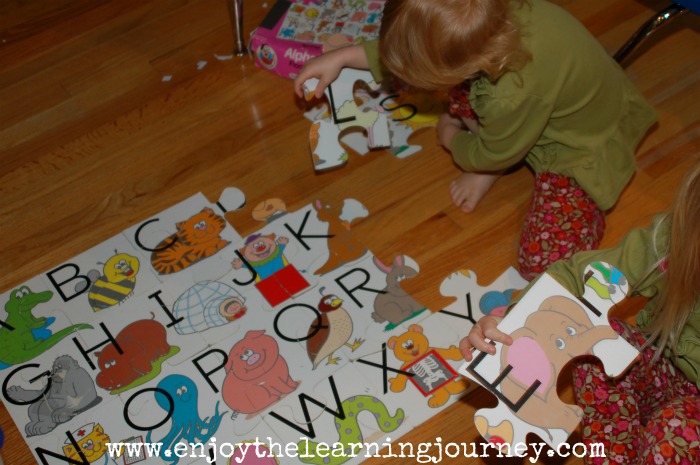 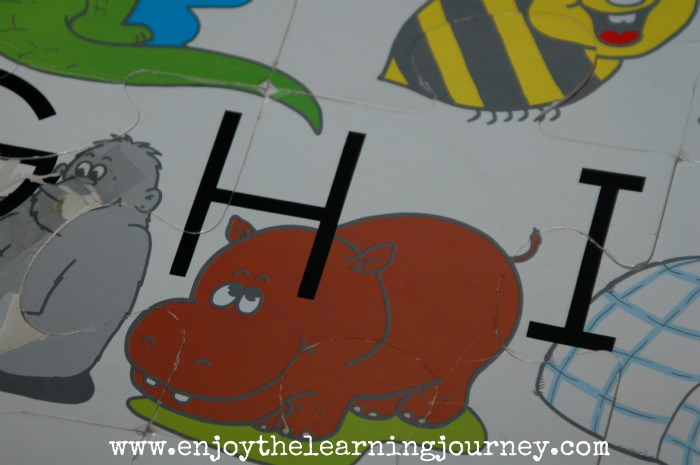 And they also completed a small puzzle that I bought a long time ago from the dollar section at Target. 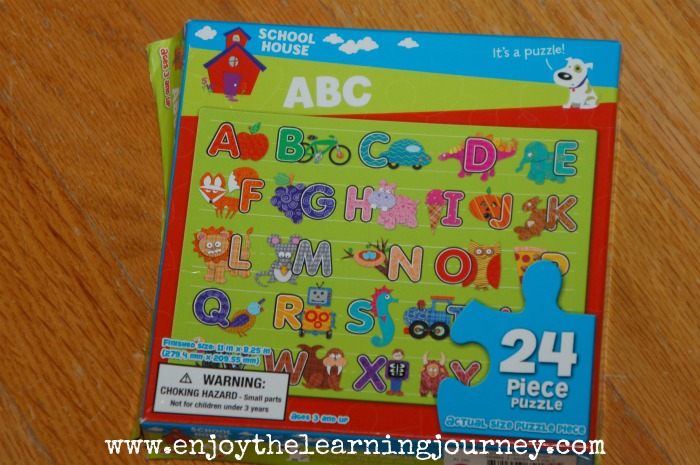 For a tasty treat we ate “H” cookies.  And of course other letters made their way into our mouths too because you can’t eat just one cookie. 🙂  These Trader Joe’s cookies are so yummy! 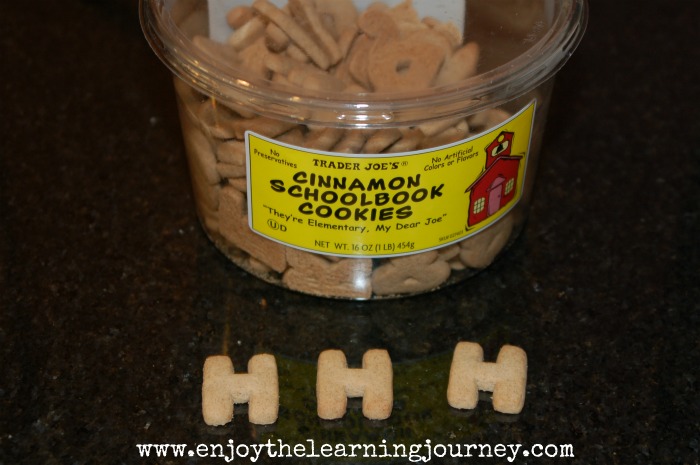 The children colored a Leap Frog hippo page that I printed from the Leap Frog website.  There are other cute animal printables on their site too so you might want to check it out. 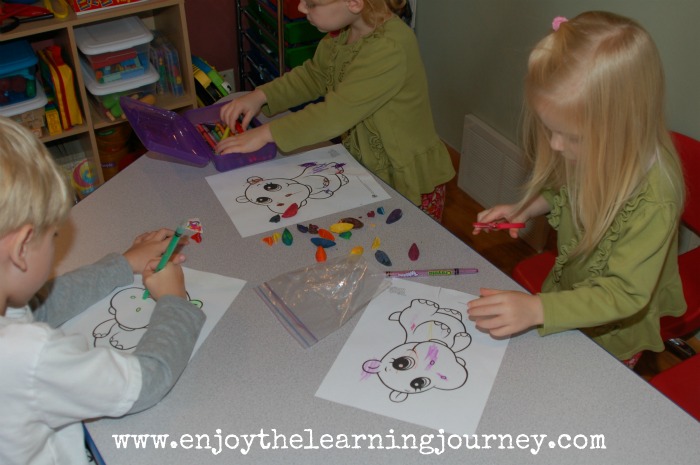 And the highlight of the week was playing the game Hungry Hungry Hippos which we borrowed from my sweet niece.  Our children had so much fun with this and played the game over and over and over again. 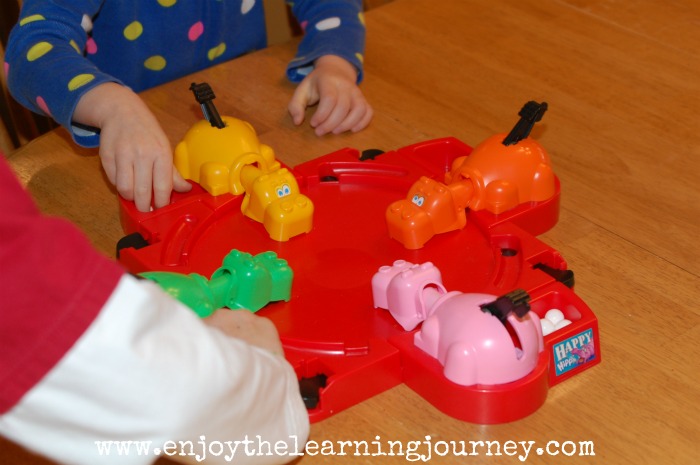 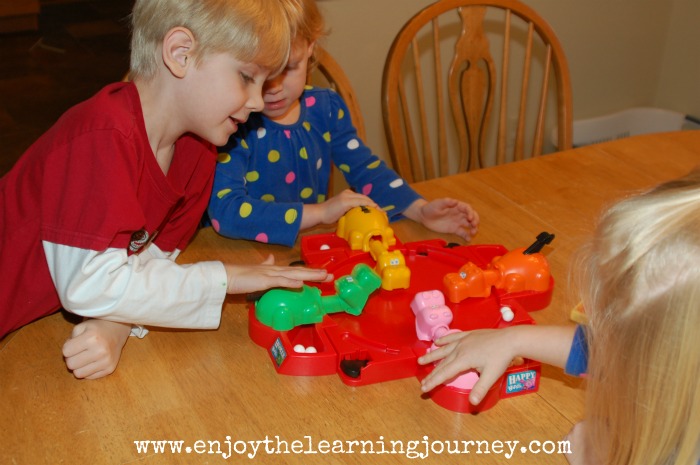 Whew!  That was a jam-packed week of activities.

We are working on I is for Inchworm this week and won’t have nearly as many books or activities.  It’s nice to have some weeks with less and some weeks with more so that we can maintain a little bit of balance.

Auf Wiedersehen!  Until next time!